BASEMENT JAXX VS THE METROPOLITAN ORCHESTRA

Felix Buxton & Simon Ratcliffe are double BRIT and GRAMMY award winning artists who havegraced the biggest stages across the world, including: headlining the mainstage at Glastonbury Festival, Hyde Park in London and The Hollywood Bowl.

Followingon from their groundbreaking 2011 album collaboration with The Metropole Orkestand the now seminal LIVE shows that accompanied it, Basement Jaxx will unveil a newand updated version of the project as they creatively collide LIVE on stage with Sydney’s The Metropolitan Orchestra.

Comprisingof magical re-interpretations of all the BasementJaxx floor-fillers, as well as specially commissioned new work and a fewsurprises along the way, the show will also feature legendary Jaxx singers Vula & Sharlene Hector onpowerhouse vocal duties.

Basement Jaxx are no strangers to Aussie shores and have thrilled audiences over theyears with their massive hit records including: ‘Red Alert,’ ‘Rendez-Vu,’ ‘Jump N Shout,’ ‘Bingo Bango,’ ‘Romeo,’‘Where’s Your Head At,’ ‘Do Your Thing,’ ‘Good Luck,’ ‘Oh My Gosh,’ ‘Hush Boy’& many more! They’ve collaborated with the likes of: Robyn, Sam Sparro, Dizzee Rascal and have remixed for the likes of Pet Shop Boys, Daft Punk, JustinTimberlake, Adele, Mary J Blige and more.

Theseshows promise to be a remarkable re-imagining of one of dance music’s mostinfluential recording artists, in an extraordinary classical & contemporaryre-boot of their original LIVE show. 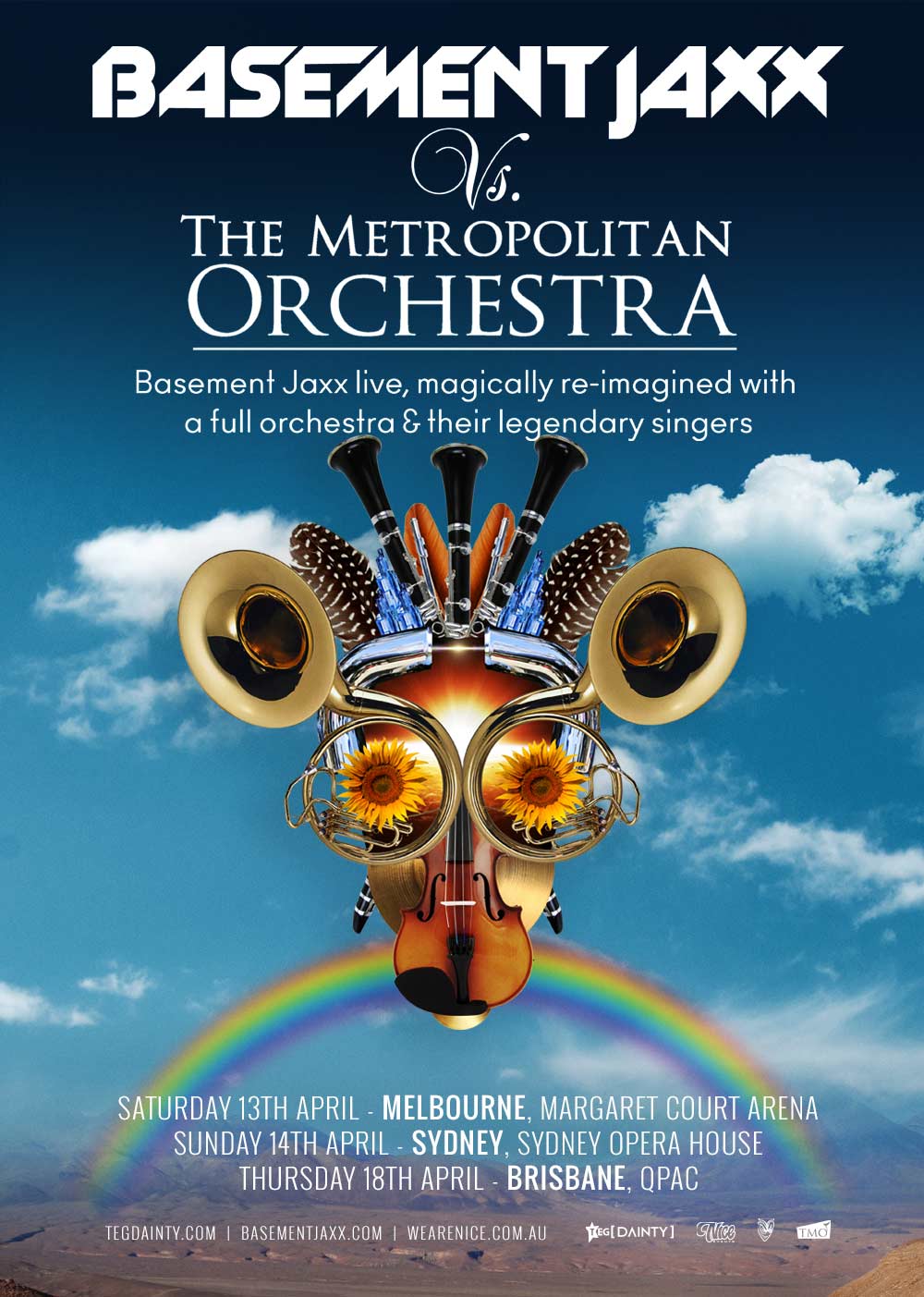