Following sold out dates in 2018, the new show will expand on previous discussions and feature revolutionary talks on overcoming life’s biggest obstacles, how to improve oneself, the psychology of religion, mythology, and much more.

Dr. Jordan B. Peterson is a clinical psychologist, cultural critic, formerHarvard Professor, and currently a professor at the University of Toronto. His main areas of study are the psychology of religion and ideological belief, and the assessment and improvement of personality and performance. Dr. Peterson has published over one hundred scientific papers, as well as authored MAPS OF MEANING: THE ARCHITECTURE OF BELIEF, and the bestselling 12 RULES FOR LIFE: AN ANTIDOTE TO CHAOS (January 2018). At Harvard, he was nominated for the prestigious Levinson Teaching Prize, and has been regarded as one of three of University of Toronto’s truly life changing professors. His class room lectures on mythology and psychology were so well received that they were turned into a popular 13-part series on TVO. Dr. Peterson’sYouTube channel has over 1.5 million subscribers, with videos averaging 1 million views and features his university and public lectures, responses to polarizing political crises of today and interviews with experts.

Dr. Jordan B. Peterson and his colleagues have produced online programs aimed at helping people understand their personalities and improve their lives.He has appeared on news sources such as BBC, Channel 4, as well as several popular podcasts and shows, including TheJoe Rogan Experience, Under the Skin with Russell Brand, The Rubin Report,and many more. He has been featured in GQ, The New York Times, Esquire, and TheNew Yorker among many other publications. 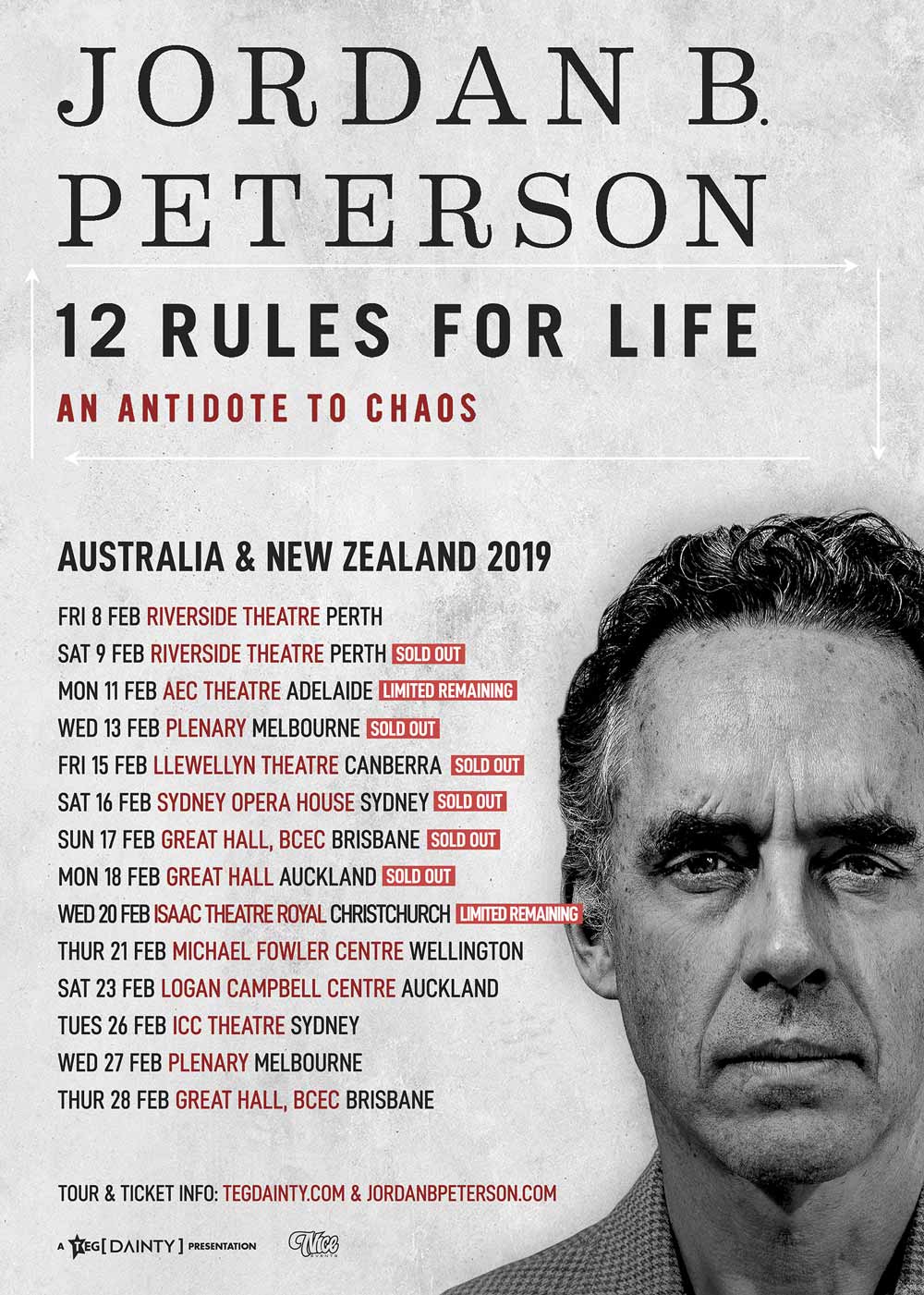