The ever-dazzling International Queen of Burlesque, Dita Von Teese, is set to return to Australia this November & December where she will debut the most lavish touring burlesque show in history – her all-new revue, DITA VON TEESE: GLAMONATRIX.

"Glamonatrix" will feature no less than four spectacular all-new acts, each one more lavish than the last. Smothered in Swarovski crystal, Dita will reinvent the classic burlesque “surprise cake” routine with a massive bejewelled cake, freshly served with a delightful whimsicality. And in a brand new act, the raven-tressed Glamonatrix will titillate as a big cat tamer in an erotic twist on vintage circus chic. Fans new and old can expect a full evening of comedy and sophisticated striptease that celebrates diverse beauty. Dita will be joined by the most revered performers in burlesque debuting exciting new acts for this tour, including Dirty Martini and Australian star Zelia Rose.

Fans can expect a full evening of comedy and sophisticated striptease that celebrates diverse beauty. Far from being a typical burlesque show, Dita elevates and modernises the classic 1940’s variety show, with both male and female forms glorified in a body-positive way that inspires and uplifts.

Always ahead of the curve,Dita’s casting has consistently been inclusive, diverse, and multi-faceted, showcasing the talents of male, female, and gender-fluid performers from around the world to create a body-positive, celebratory show like no other.

“With a fan club that includes Marc Jacobs, Elton John, and Christian Louboutin, Dita Von Teese is giving burlesque a sweetly seductive second life, and more than a touch of class.” - Vanity Fair

“The past lives in the present….magical!” -Steven Spielberg 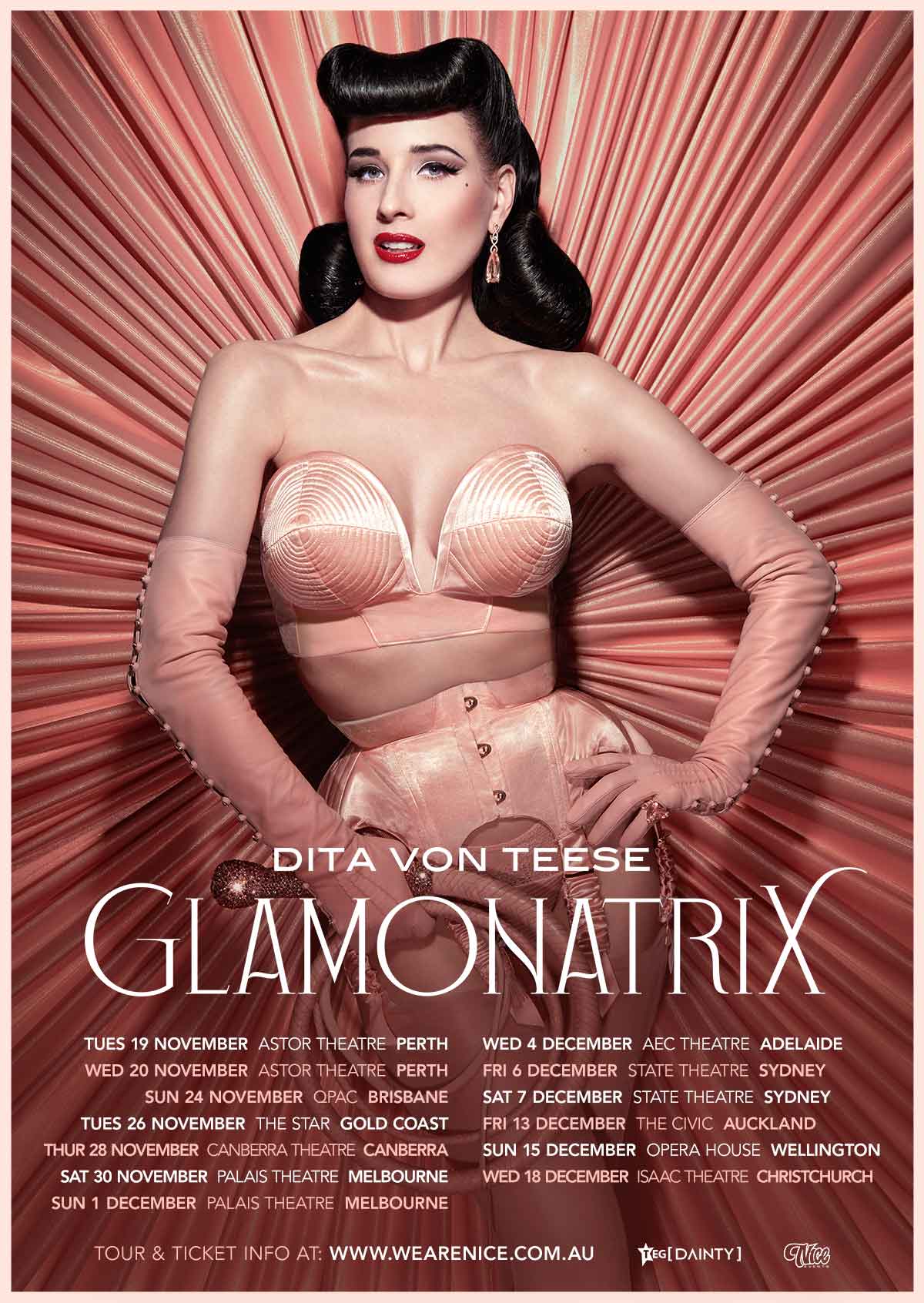 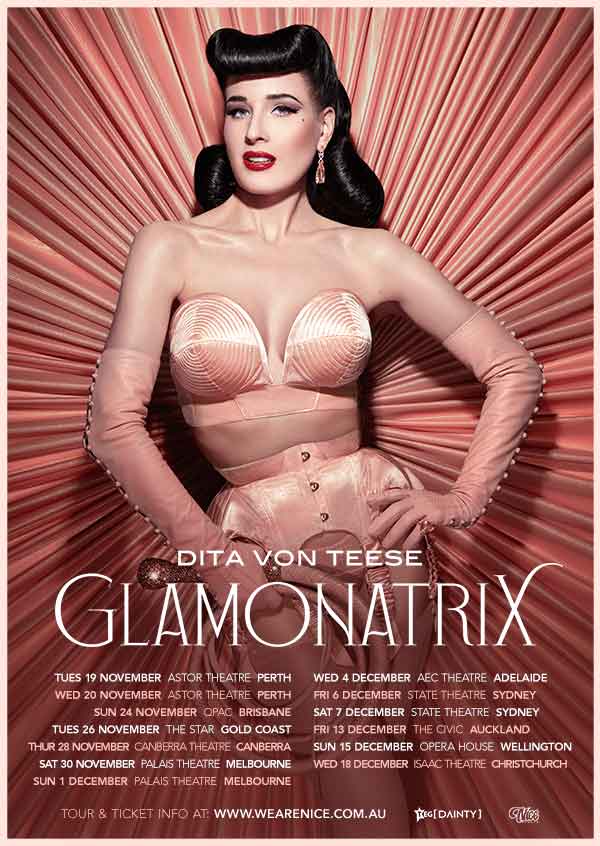