Air Supply—one of Australia’s most loved and successful musical exports—is set to return to eagerly awaiting fans in 2019 for a string of very special shows, featuring The Metropolitan Orchestra.

Classic hits such as “Lost in Love”, “Love and Other Bruises” and “All Out of Love” will be given a truly sumptuous presentation by the global superstars, who have been thrilling audiences for over 40 years.

Arguably one of the most successfulSoft Rock duos of all time, Air Supply’s albums Lost in Love, TheOne That You Love, Now & Forever, and The Greatest Hits have sold in excess of 40 million copies. In 2013 the duo were inducted into the ARIA Hall of Fame.

Russell Hitchcock met Graham Russell when they met on the first day of rehearsals as chorus members in the 1975 Sydney Harry M Miller production of Jesus Christ Superstar. They were drawn together through a mutual love of music, singing and The Beatles, when they quickly learnt they had both seen The Fab Four perform in concert in 1964.

It was not long before the musical duo dominated charts in Australia, New Zealand and the world. Clive Davies famously signed them to Arista Records and in 1980 their US domination began. With hits such as “Lost InLove”, “Love and Other Bruises”, “Making Love Out Of Nothing At All”, “All OutOf Love”, “Now and Forever” and so many more, they became international sensations. Their unique harmonies combined with Graham’s ability to write exceptional songs made them one of Australia’s first and most successful musical acts.

Showcasing gorgeous orchestral renditions of Air Supply’s all-time hits (and some of the most beautiful love songs ever written), this will be an evening to remember for fans young and old.

**Due to unforeseen circumstances the Air Supply performance which was scheduled for Tuesday, 23 April has now been rescheduled to Thursday, 25 April. All purchasers have been contacted by the venue with further details. We apologise for any inconvenience. 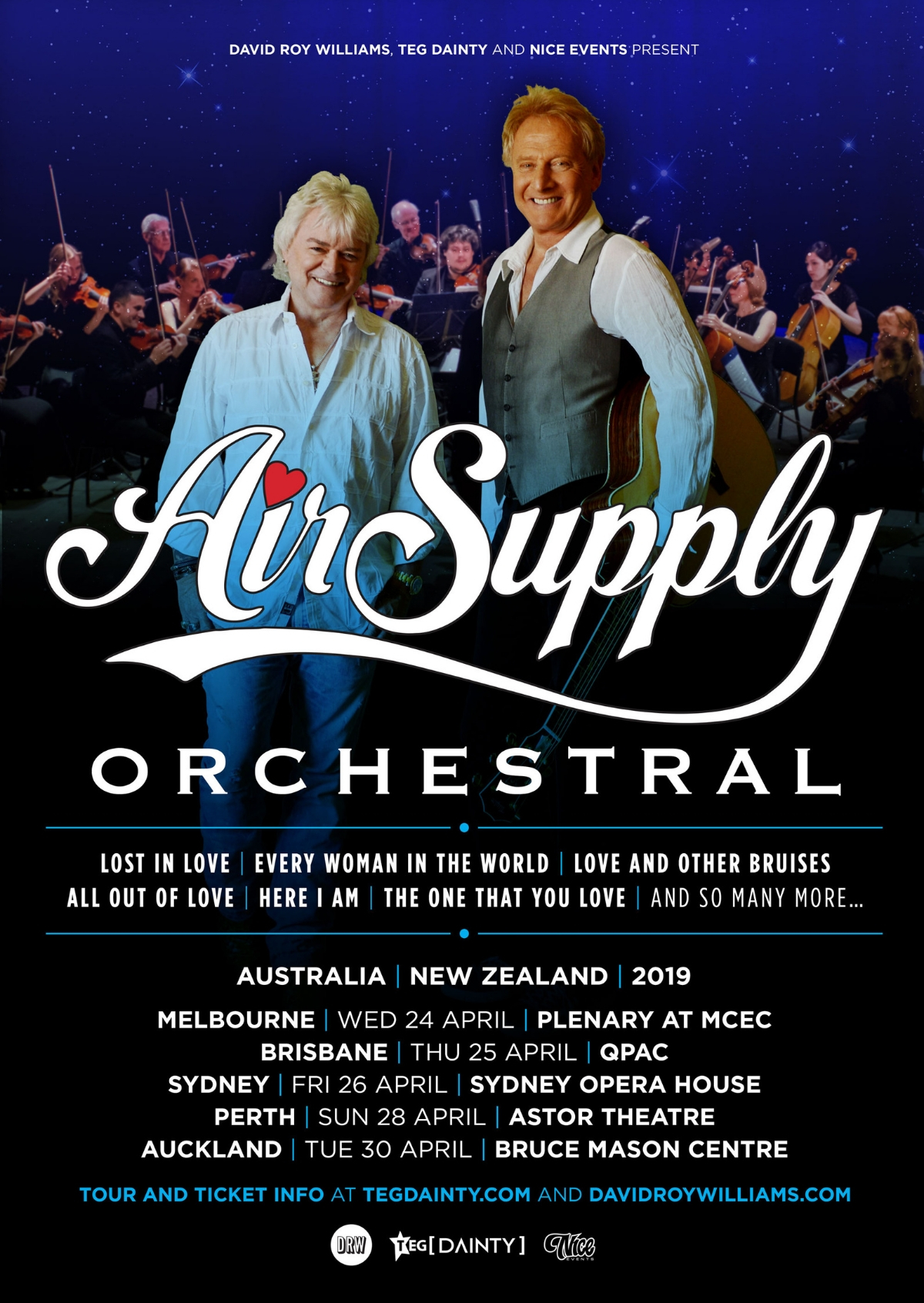 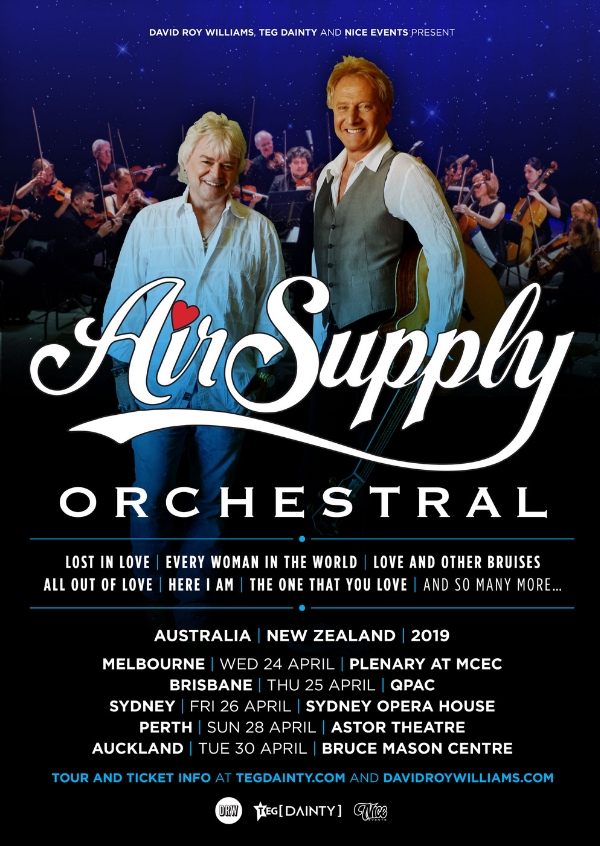 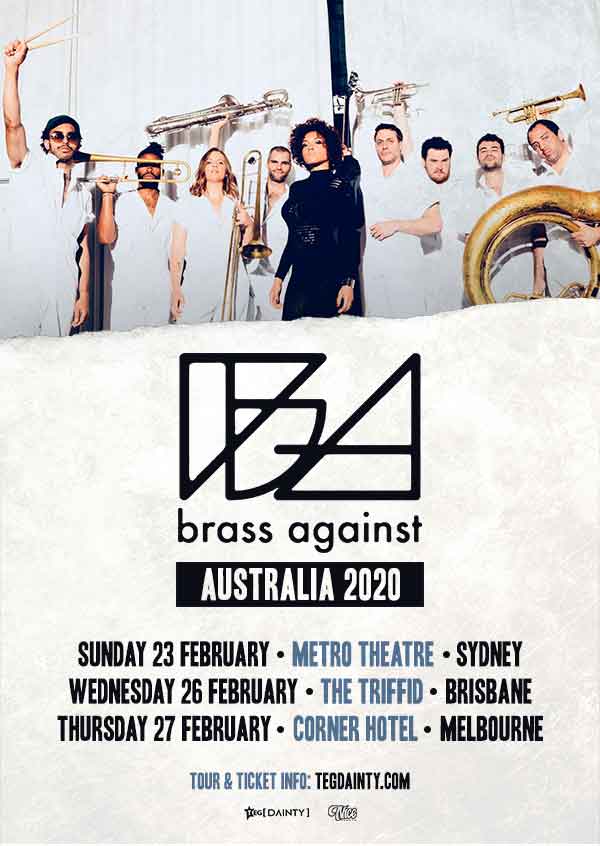 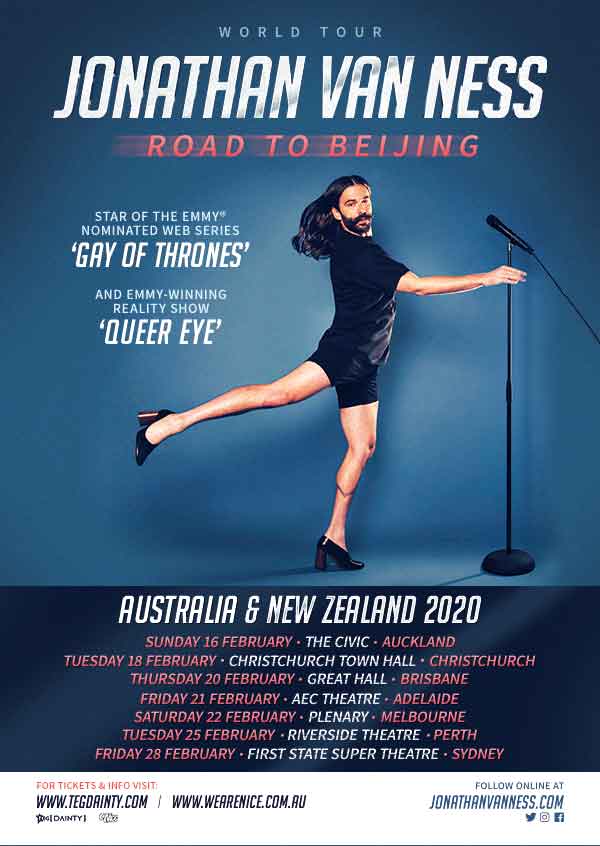