After a completely sold-out 2019 tour, the outrageously funny Sooshi Mango are back with a brand-new live show! ‘OFF THE BOAT’ will hit some of the biggest stages around the country in August & September 2021.

Sooshi Mango are an Australian comedy troupe made up of brothers Joe and Carlo Salanitri and their close friend Andrew Manfre. The trio’s rise in Australian comedy has been nothing short of meteoric, with their viral online videos amassing over 120 million views and counting. Their characters have made their way from video skits in their parents’ garages, to television screens across the country and stages around the globe.

In 2021, the Melbourne boys, who have taken the internet and the world by storm, are set to bring the house down once more with their all-new two-hour show comprising of trademark skits and hilarious musical numbers. Don’t miss your chance to experience one of Australia’s funniest comedy acts live on stage!

“From the car to theatres, and now to Rod Laver Arena and Qudos Bank Arena! This is when someone usually wakes you up right!! Because stuff like this has only every happened in my dreams!! I am forever grateful for everyone that has helped this dream become a reality!” — Joe Salanitri 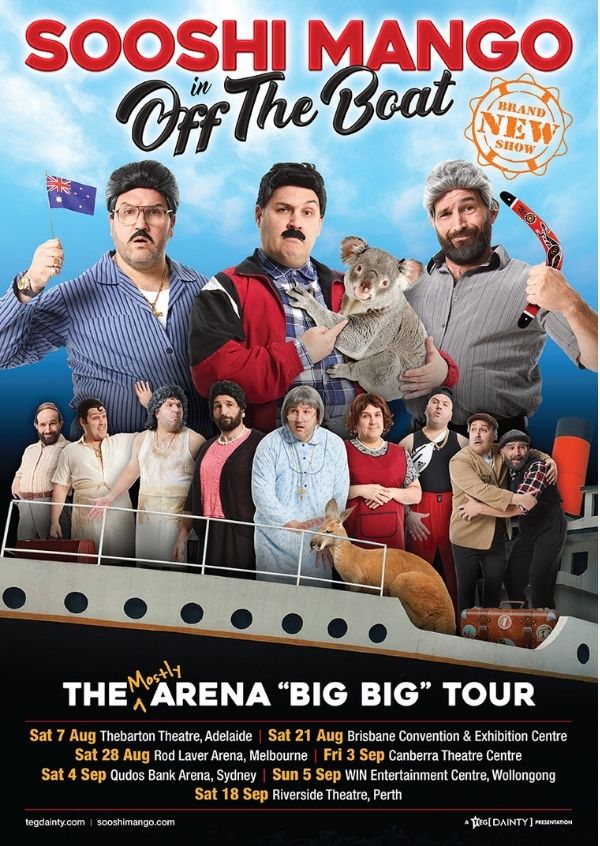