Walk Off The Earth

Walk Off The Earth: The ‘HERE WE GO!’ World Tour

Following a sold out 2017 tour, Canadian indie pop band Walk Off the Earth are set to return to Australia in January 2020 for another string of spectacular performances.

Walk off the Earth is aJuno Award winning, multi-platinum musical phenomenon currently taking the world by storm. Their brilliant 5-people-playing-one-guitar interpretation of Gotye's “Somebody That I Used To Know” exploded on YouTube, garnering over 180million views. Since then, the band has released a string of successful original songs, sold out venues across the globe, and collaborated with some of the biggest artists in the world (including Keith Urban, Snoop Dogg, Nicky Romero & Steve Aoki).

The group’s independent spirit,unstoppable work ethic, and awe-inspiring creativity has catapulted them into new and uncharted waters with only bigger and better things on the horizon. Australian fans can expect to experience nothing short of a high energy pop spectacle that will have them up out of their seats and dancing all night long.

American singer-songwriter MAX will support Walk off the Earth in Sydney and Brisbane. 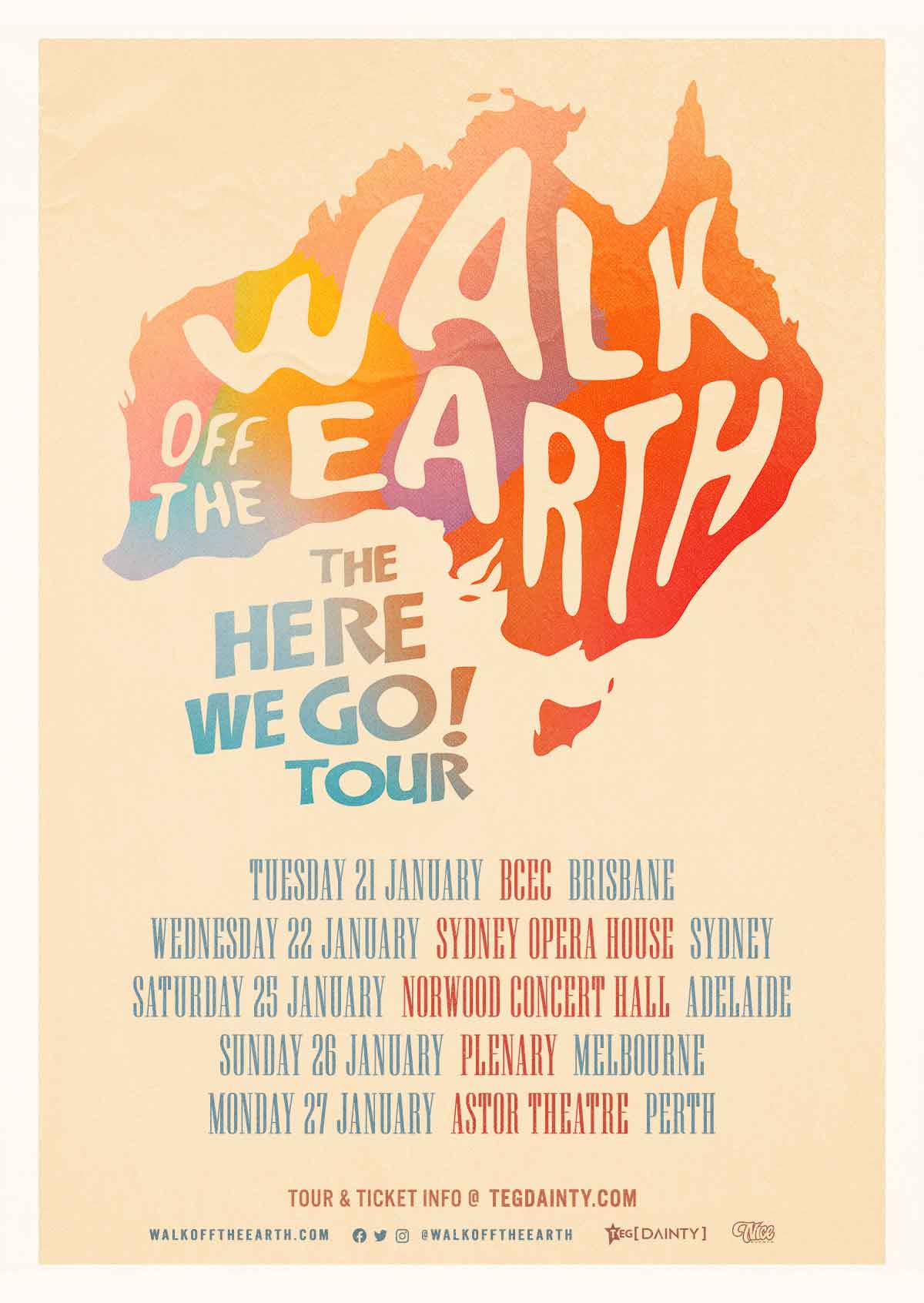 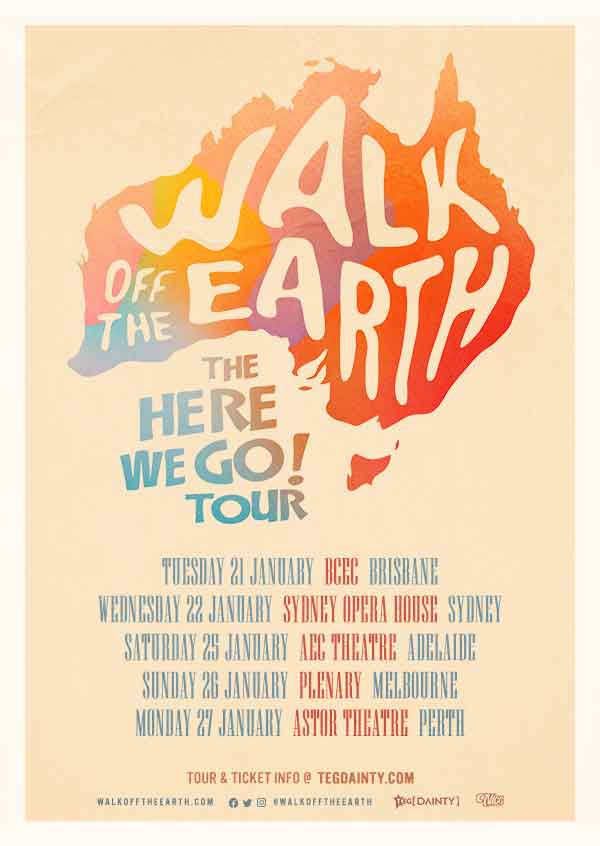